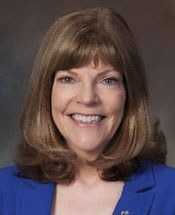 Melani Austin was named the Vice President of Execution and Integration for Advanced Development Programs (ADP) at Lockheed Martin Aeronautics in April 2016. In this capacity, she is responsible for overall ADP operations across multiple Aeronautics sites. She is also accountable for Aeronautics fabrication and manufacturing support for program elements located in the Palmdale area.

Ms. Austin began her Skunk Works career in Burbank, California 33 years ago as a stealth technology engineer where she gained considerable field test experience. Her engineering and program execution efforts have been focused on the fabrication and assembly of flight-quality system components and subsystem integration within the following programs: U-2 Dragon Lady Support and Services Program, the U-2 Program Depot Maintenance Line, and the F-35 Lightning II sub-assembly work.

Ms. Austin is a member of the Aeronautics Inclusion Council at Lockheed Martin and is the executive sponsor for several Employee Resource Groups at the Skunk Works® which includes: Women’s Impact Network (WIN), African American Council for Excellence (AACE), and Lockheed Martin Leadership Association (LMLA).

Ms. Austin graduated from the University of California at Los Angeles with a bachelor’s degree in Economics. She lives in Santa Clarita with her husband, Bob and they have two college-age children.