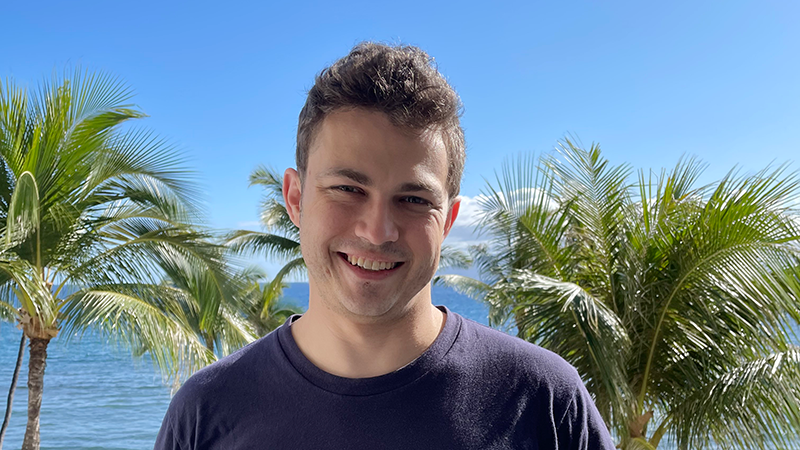 UCLA Samueli Newsroom
Alexander Ramirez ’14 knew from a young age that he was born to work in STEM.

Growing up in California with his mom being a radiologist and his dad a programmer, science and technology were always front and center for Ramirez. But it wasn’t until he created an iPhone app for his high school club that he found his passion for computer science.

When it came time to pick a college, choosing UCLA wasn’t difficult, Ramirez said. His mother completed part of her undergraduate degree and fellowship at the school, and he was drawn to the opportunities on campus for creativity, collaboration and growth.

“UCLA was exactly what I was looking for,” Ramirez said. “I could learn a lot about computer science while maturing into an adult and learning more about other fields from a variety of friends and experiences.”

When he arrived at UCLA, Ramirez dove headfirst into as many hackathons and engineering competitions as he could. During one quarter of his sophomore year, he completed eight hackathons in 11 weeks. 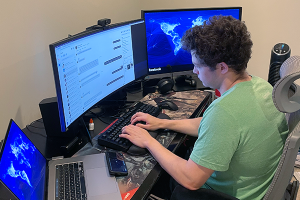 Ramirez said it was during these hackathons and competitions that he gained hands-on experience working with others and developing the ability to problem-solve on his feet.

While at UCLA, Ramirez was in SpaceX’s Mars Rover competition, which tasked participants with creating rovers out of Legos. He still uses what he learned there as an example of how sometimes the most intricate solution isn’t always the best.

“One of the teams, rather than creating some complex algorithm to find the center of a circle, realized if they just backed up to the wall, they could force their rover to orient and hit the center every time,” Ramirez said.

A few of the hackathons Ramirez went to were organized by tech giant Meta, formerly known as Facebook, which he said gave him a leg up when it came time for him to apply for an internship at the company. The opportunity allowed him to work with a large codebase for the first time and to create something that would be used by millions of people, which was his ultimate goal when embarking on his computer science career.

After graduation, Ramirez continued his work as an engineer at Meta as part of the search team for four years before taking on the role as the team’s tech lead manager. Last year, he was promoted to be the manager of the Critical Authoritative Resources team, which works to provide Facebook users with reliable information on topics such as the pandemic, climate change and voting resources.

In addition to his technical skills, Ramirez’s heritage and background have given him the opportunity to be a more compassionate leader.
Growing up, Ramirez felt disconnected from his Latino roots because his maternal grandfather from Mexico moved away from the family while Ramirez was young, so he never had an opportunity to learn about the other half of his heritage and culture.

“A lot of my identity was more around not having much heritage or questioning if I really count as Latinx,” Ramirez said. “There are situations where I am able to bring a unique perspective to problems since my background isn’t very common, but there are definitely many situations where it’s been more difficult as it’s harder to find mentors who come from a similar background.”

“Finding opportunities to step up in what seem to be thankless or difficult jobs is often a way to showcase your ability to become a leader,” Ramirez said.

Ramirez has used that experience to connect with others from similar backgrounds to build a strong and diverse team at Meta. He became a mentor to many as he works on the Better Engineering initiative, which aims to help managers understand the pain points of their engineers and improve their overall work experience. This has become especially important during the pandemic when his team began to work remotely.

For him, leadership boils down to one thing: being willing to take responsibility.

“Finding opportunities to step up in what seem to be thankless or difficult jobs is often a way to showcase your ability to become a leader,” Ramirez said.

And for engineers from underrepresented backgrounds, Ramirez emphasized that there is no shame in calling attention to one’s achievements. In fact, he said, it’s the ability to know when to self-promote that can propel one’s career forward.

“It isn’t bragging when you are really doing a great job, and leaders want to know the great things their teams are doing and reward efforts appropriately,” Ramirez said.