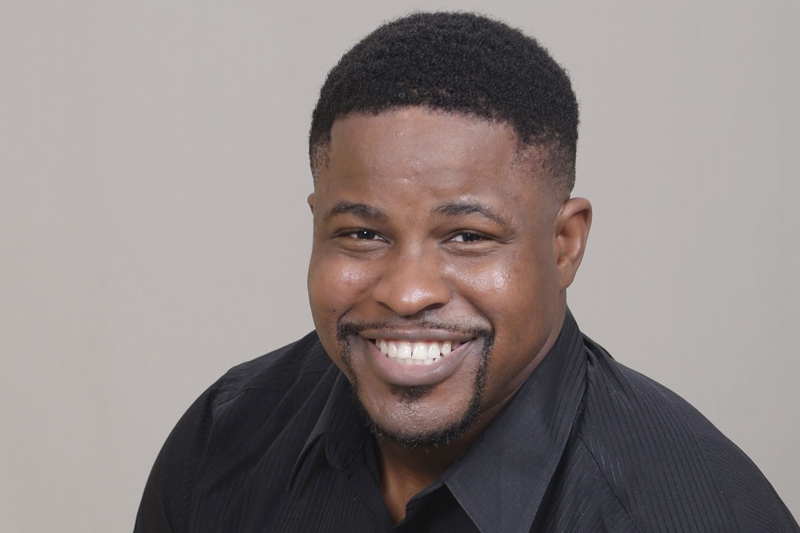 By UCLA Samueli Newsroom
Looking back at his academic journey, Chukwuebuka “Buka” Nweke says he tried to maximize each opportunity, even when the conditions weren’t ideal.

After arriving in the U.S. from Lagos, Nigeria at the age of 12, Nweke attended middle school in New York before moving to Inglewood, California for high school. While in Inglewood, he encountered rampant gang violence in many forms, ranging from harassment to life-threatening situations — a stark contrast from his idyllic life back home. He also experienced a sub-par education system where necessary resources, such as books or computers, were either outdated, scarce or unavailable.

Nweke had aunts and uncles already living in the U.S. when he first arrived with his mother and younger siblings, a sister and a brother. Nweke says he fortunately was able to grow up in a family of professionals who emphasized education and hard work. He became interested in engineering and science as a child because his father owned a civil engineering consultancy and his uncle worked as a geologist for Shell Corporation. Nweke credits his mother, a retail entrepreneur, for his unrelenting work ethic.

Nweke aspires to be a beacon of light for students interested in becoming engineers, especially Black students.

“It is true about the African community’s understanding of ‘it takes a village,’” Nweke said. “In addition to my parents, I was surrounded by aunts, uncles and friends who wanted the best for me and encouraged me to set and pursue rewarding goals.”

Nweke also attributes his success to high school mentors who helped him get on the right path.

“I was fortunate during high school to have a few teachers and community mentors who took interest in my growth and future. They helped guide my progression and matriculation into a four-year institution,” Nweke said. “The most challenging thing in high school was focusing. It is hard to focus on goals when there are 1000 and one things to steal your attention, especially as a teenager.”

After finishing high school in Inglewood, Nweke chose to attend UC Davis to get away from Los Angeles. Davis ended up becoming the starting point of his interest in earthquakes — a phenomenon with which he had little familiarity.

“In Nigeria, there are essentially no earthquakes. I definitely knew about them, but I had never experienced one until I came to California,” Nweke said. A fan of hiking, he found a connection while immersing in nature at Davis. “I love being outdoors,” he recalled. “Being close to nature every day made me start thinking about geology and geotechnical engineering. After I locked in my interest, I simply started building up to the next level.”

After graduating from UC Davis with a bachelor’s degree in civil and environmental engineering, Nweke pursued a master’s and a doctoral degree in geotechnical engineering from UC Berkeley. He recently completed his postdoctoral research at UCLA on modeling techniques used to validate ground motion recordings.

Nweke credits his advisors at UCLA Samueli, civil and environmental engineering professors Jonathan Stewart and Scott Brandenberg, for fanning the flames of his interest in studying earthquakes.

“Their excitement for this subject is just intense. Through their guidance, I was able to contribute to cutting-edge research projects that help advance earthquake safety,” Nweke said.

Now, Nweke aspires to be a beacon of light for students interested in becoming engineers, especially Black students. He is an active mentor to students participating in UCLA Samueli’s Center for Excellence in Engineering Diversity (CEED) program, which recruits and retains underrepresented engineering and computing students. One thing he recommends students do is to remain open to unexpected opportunities.

“The best advice I can give to any student is to stay inquisitive,” Nweke said. “Always put your best foot forward even if you don’t see a path forward. You may have some stumbles here or there, but overall, you will have moved to a new position that is farther ahead than where you were before.”

Nweke currently works at ENGEO, Inc., an engineering and environmental consultancy based in Irvine, where he is responsible for seismic-hazard analysis and assessment of infrastructure developments throughout California and nationally. He recently accepted a faculty position at the University of Southern California and will soon begin teaching the next generation of engineers about earthquakes at USC.