Aerospace engineering doctoral student Dylan Dickstein recently returned from a two-week expedition to Antarctica, one of the planet’s coldest and most remote regions.

A pilot and scuba diver, Dickstein is no stranger to calculated risk-taking. Still, travelers routinely take special precautions before their trek. Before he left, Dickstein got a physical, updated his immunizations and, of course, bought proper clothing. “I also familiarized myself with the International Association of Antarctic Tour Operators field operations manual,” he shared, “and read extensively on the local flora, fauna, topography and geology.” 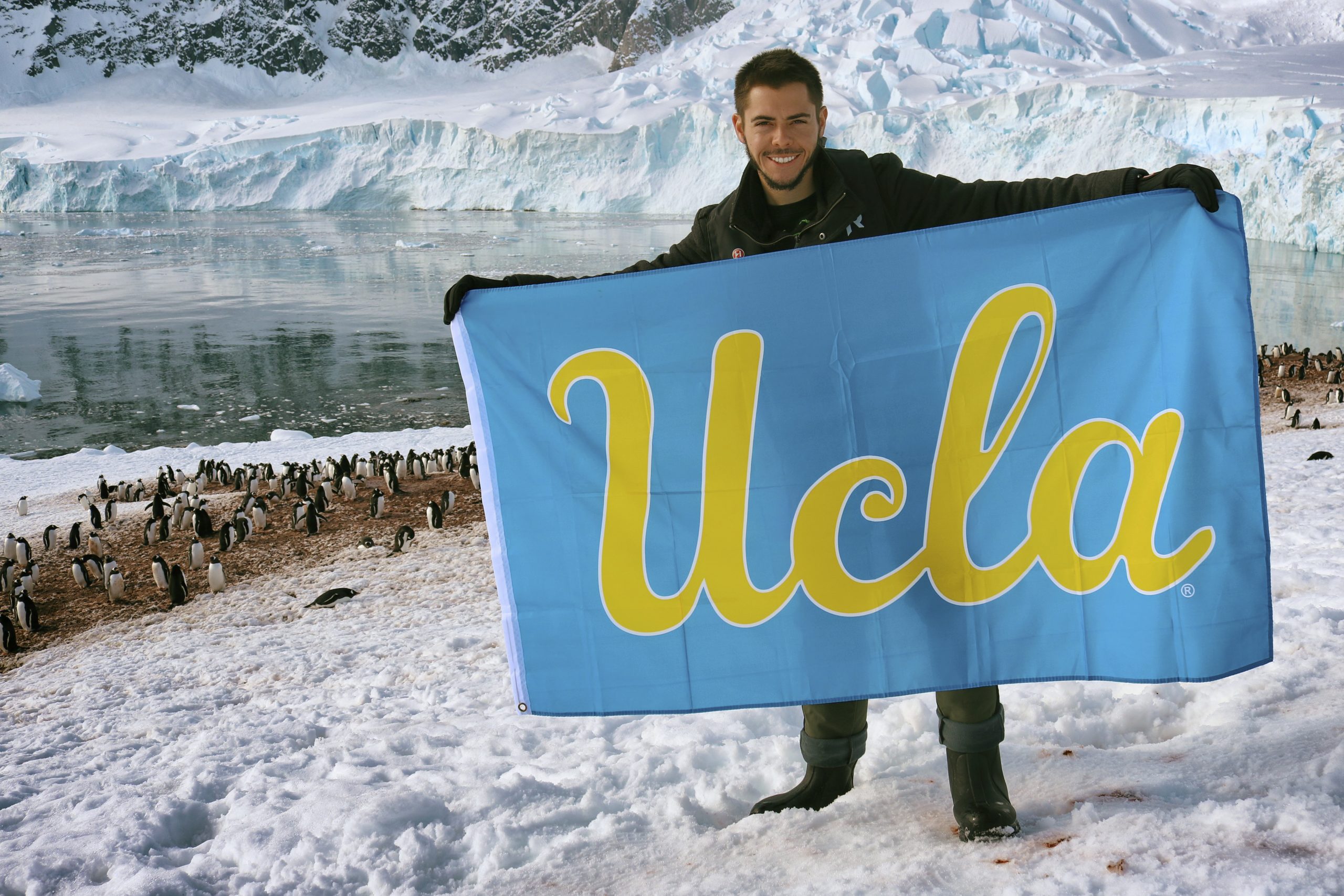 Upon disembarking, he was unceremoniously handed a pulk sled with a tent, sticks, a sleeping bag and a shovel. “Setting up camp directly on the ice puts you face-to-face with the elements,” Dickstein shared. “It gives one an immense appreciation for nature. The sounds from overnight avalanches, penguin calls and whale spouts made the tough conditions worth it.”

As a newly minted member of The Explorers Club, a professional society that promotes scientific exploration and field study, Dickstein welcomed the challenge of visiting the isolated locale, and said it required immense foresight to complete even the simplest of daily tasks.

“In the ‘Land of Ice’ resources are sparse and primitive, communication is slow and intermittent, and the environment is harsh and ever-changing. It definitely was a jarring deviation from my typical urban life.”

In 1958, the Scientific Committee on Antarctic Research was formed and began work on a treaty to preserve the continent. At the end of the effort, 12 countries involved in local research signed legislation that defined two purposes for the continent: peace and science.

Moreover, the treaty declares that scientific observations and results found in Antarctica be freely available and disallows territorial claims.

Dickstein likens this magnanimous spirit with the research he’s conducting under his advisor Nasr Ghoniem, a distinguished professor of mechanical and aerospace engineering, and materials science and engineering. He feels his doctoral work has prepared him to embrace the unknown and relay his findings to the masses.

“Becoming a successful science communicator is a key part of why I am getting a Ph.D.,” Dickstein said. “This mentality is rooted deep in Antarctica and that is incredibly motivating. The ‘Land of Ice,’ despite its jagged terrain and severe conditions, is actually something to emulate.”