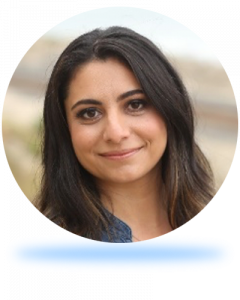 Sanaz Rezaeian, Ph.D., is a research structural engineer at the U.S. Geological Survey in Golden, CO. She graduated from UC Berkeley in 2010 and joined the USGS in 2011 as a Mendenhall Fellow. Rezaeian specializes in earthquake engineering, seismic hazard modeling, stochastic simulation of ground motions, and modeling of ground motion prediction equations. She has been a collaborator with the Next Generation Attenuation (NGA) projects since 2010, a co-leader of the Southern California Earthquake Center’s (SCEC) “Ground Motion Simulation Validation” group since 2012, and a USGS liaison on the Building Seismic Safety Council (BSSC) since 2015.