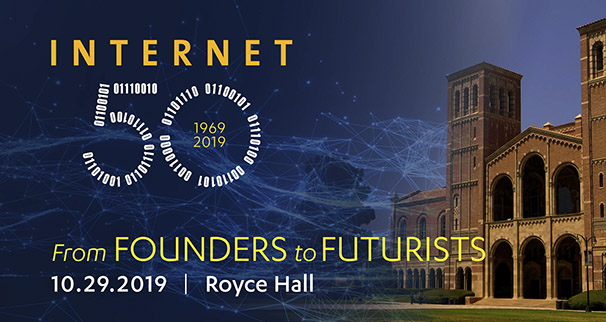 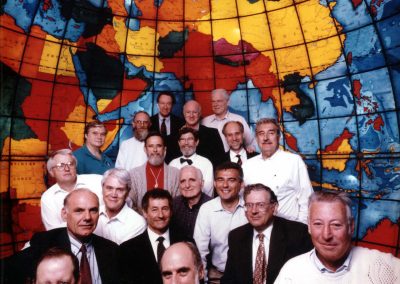 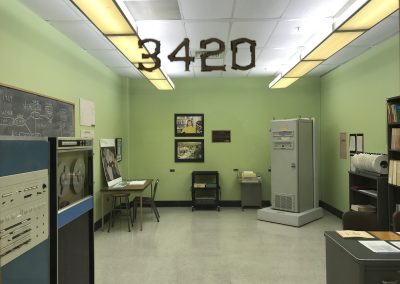 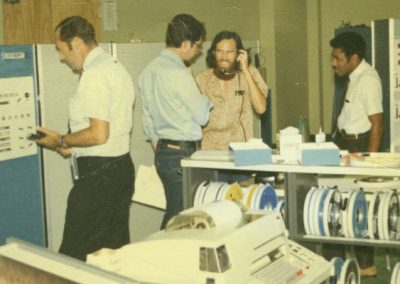 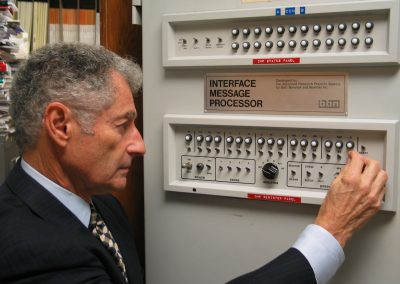 Leonard Kleinrock at the Interface Message Processor, or IMP, which was used to send the first message on the internet in 1969. 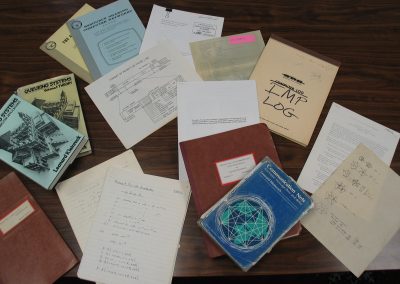 Items from Leonard Kleinrock’s archives include the “IMP LOG,” a scientific notebook that has a record of the first message sent on Oct. 29, 1969. 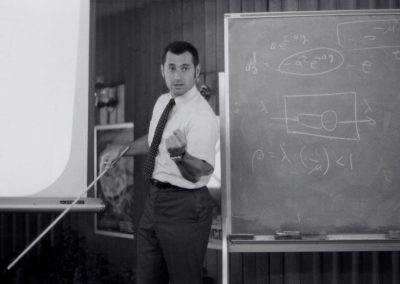 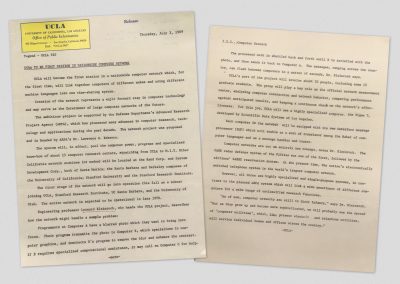 A UCLA press release, dated July 3, 1969, announcing that UCLA will be the first station on a nationwide network of computers. 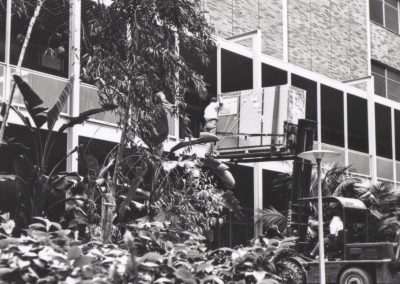 The delivery of the SDS Sigma 7 computer to Boelter Hall at UCLA circa 1967. It was easier to cut open the wall and use a forklift to get it inside! 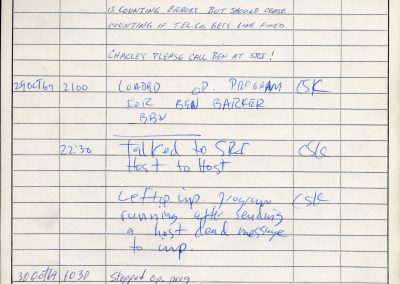 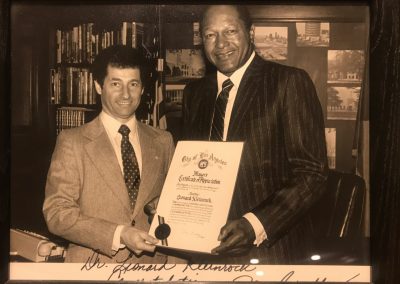