Where ideas develop and evolve.

New ways to communicate. Inspired materials that can brave extreme climates. Advances to food, medicine and robotics. All these developments came to fruition in a lab. Our students, faculty and industry associates have a large network of laboratories to draw from to advance new ideas and test old assumptions. The scope of endeavor can range from a single researcher to large teams collaborating to create advances for both society and humanity.

Specialized labs of, and associated with, UCLA Samueli include:
(faculty leads indicated in parentheses)

The Active Materials Laboratory (Carman) contains equipment to evaluate the coupled response of materials such as piezoelectric, magnetostrictive, shape memory alloys, and fiber optics sensors. The lab has manufacturing facilities to fabricate magnetostrictive composites and thin film shape memory alloys. Testing active material systems is performed on one of four servo-hydraulic load frames in the lab. All of the load frames are equipped with thermal chambers, solenoids, and electrical power supplies.

The Flexible Research Group (Hopkins) is dedicated to the design and fabrication of flexible structures, mechanisms, and materials that achieve extraordinary capabilities. This laboratory is equipped with state-of-the-art synthesis tools, optimization software, and a number of commercial and custom-developed additive fabrication technologies for fabricating complex flexible structures at macro- to nano-scales.

The H-Lab (Hu) is a research group focused on understanding and engineering nanoscale transport phenomena and nanomaterials for wide applications, including energy conversion, storage, and thermal management. The lab uses a variety of experimental and theoretical techniques to investigate nanoscale transport processes, with a particular emphasis on design and chemical synthesis of advanced materials, ultrafast optical spectroscopy, pulsed electronics, and thermal spectral mapping techniques.

The Laser Spectroscopy and Gas Dynamics Laboratory (Spearrin) conducts research driven by applications in propulsion and energy, with extensions to health and environment. Lab activities are united by a core focus in experimental thermofluids and applied spectroscopy. Projects commonly span fundamental spectroscopy science to the design and deployment of prototype sensors, including the investigation of dynamic flow-fields.

The Materials Degradation Characterization Laboratory (Mal) is used for the characterization of the degradation of high strength metallic alloys and advanced composites due to corrosion and fatigue, determination of the adverse effects of materials degradation on the strength of structural components, and for research on fracture mechanics and ultrasonic nondestructive evaluation.

The Materials In Extreme Environments (MATRIX) Laboratory (Ghoniem) seeks answers to two fundamental questions: (1) What are the physical phenomena that control the mechanical properties of engineering materials operating in extreme environmental conditions? (2) Knowing such behavior, can we design engineering materials to be more resilient?

The Mechanics of Soft Materials Laboratory (Jin) investigates the fundamental physics and mechanics of soft materials, such as their constitutive relation, nonlinear deformation, instability, and fracture. The lab also strives to develop new structures and functions of soft robots and stretchable electronics.

The Mechatronics and Controls Laboratory (Tsao) focuses on servo control with applications in precision machining, engine control and nanopositioning. This lab is a key part of the interdisciplinary Systems, Dynamics and Control Center at UCLA.

The Micro-Manufacturing Laboratory (CJ Kim) is equipped with a fume hood, a clean air bench, an optical table, a DI water generator, a plating setup, a probe station, various microscopes, test and measurement systems, and CAD programs for mask layout. It is used for micromachining and MEMS research, and complements the School of Engineering and Applied Science’s Nanoelectronics Laboratory.

The Modeling of Complex Thermal Systems Laboratory (Lavine) addresses a variety of systems in which heat transfer plays an important role. The thermal aspects of these systems are coupled with other physical phenomena, such as mechanical or electrical behavior. Modeling tools range from analytical to custom computer codes, or commercial software.

The Multiscale Thermosciences Lab (Ju) is focused on heat and mass transfer phenomena at the nano- to macro-scales. A wide variety of applications are explored, including novel materials and devices for energy conversion; combined cooling, heating, and power generation; thermal managements of electronics and buildings; energy-water nexus; and biomedical MEMS/NEMS devices.

The Nanotransport Group (Fisher) works on a broad range of problems, primarily involving transport processes by electrons, phonons, photons, and fluids. We seek to solve problems with high importance to applications in energy transport, conversion and storage that are relevant to major industrial segments (aerospace, micro/nanoelectronics, sensors). We solve these problems through a holistic, balanced approach that spans nanomaterial synthesis, basic material characterization and modeling, and functional characterization and simulation. The group includes the Center for Integrated Thermal Management of Aerospace Vehicles (CITMAV), which develops new solutions to highly transient transport problems that occur in aerospace applications.

The Plasma & Space Propulsion Lab (Wirz) investigates plasma processes related to advanced space propulsion systems using a combination of experimental, computational, and analytical perspectives. Their research is directly inspired by the rapidly emerging field of Electric Propulsion (EP). Other applications of their work include microplasmas, plasma processing, and fusion.

The Robotics & Mechanisms Laboratory (RoMeLa) at UCLA (Hong) is a facility for robotics research and education, with an emphasis on studying humanoid robots and novel mobile robot locomotion strategies. Research is in the area of Robot Locomotion & Manipulation, Soft Actuators, Platform Design, Kinematics and Mechanisms, and Autonomous Systems. RoMeLa is also active in research-based international robotics competitions, having won numerous prizes including the ‘DARPA Urban Challenge’ (3rd place), the international autonomous robot soccer competition ‘RoboCup’ (First Place in both the Kid-Size and Adult-Size Humanoid divisions, won the World Champions five times in a row, and brought the prestigious ‘Louis Vuitton Cup Best Humanoid Award’ to the United States for the very first time), and most recently became one of six Track A teams chosen to participate in the disaster response robot competition ‘DARPA Robotics Challenge’.

The Thermochemical Energy Storage Laboratory (Lavine) is focused on the use of reversible chemical reactions for storing energy for renewable energy applications. The current focus is on ammonia synthesis for the purpose of supercritical steam generation in a concentrating solar power plant. The ammonia synthesis reactor testing platform consists of three sub-systems (dissociation, synthesis, and steam generation) that work in unison to create a closed loop synthesis gas generator which can operate for an indefinite period of time. 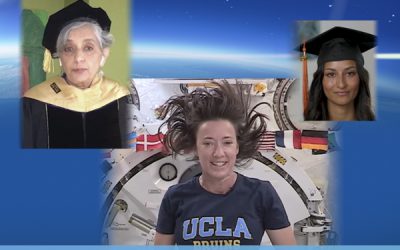 The UCLA Samueli School of Engineering and Applied Science recognized its Class of 2021 at an in-person procession at Drake Stadium yesterday and at a virtual commencement today. 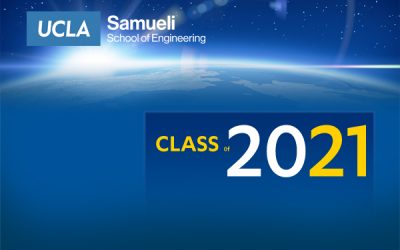 Each year, the UCLA Samueli School of Engineering and its departments outstanding graduating students with significant accomplishments and important contributions. 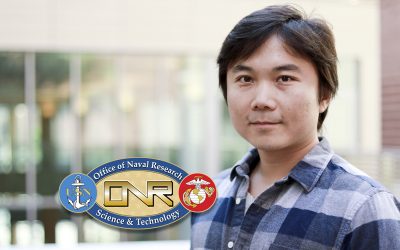 Xiang “Anthony” Chen, an assistant professor of electrical and computer engineering at the UCLA Samueli School of Engineering, has received a three-year, $510,000 grant 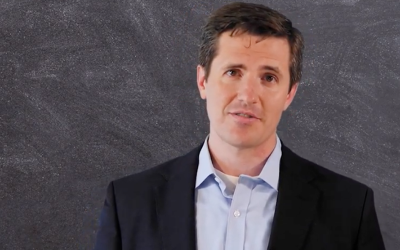 While browsing through science videos on YouTube one day, mechanical and aerospace engineering professor Jonathan Hopkins experienced a lightbulb moment. 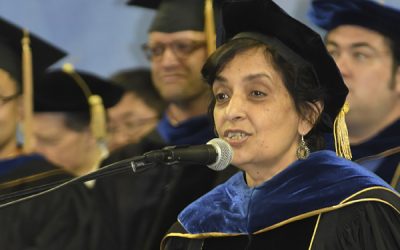 To the Class of 2021, on behalf of the faculty and staff of the UCLA Samueli School of Engineering, I want to offer our warmest congratulations to you on achieving this momentous milestone. 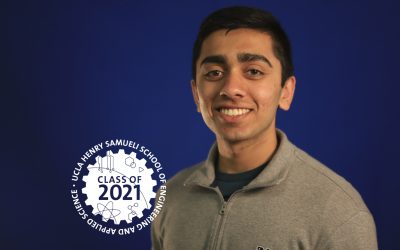 UCLA Engineering Senior on Being a Bruin Entrepreneur

When Yash Moondhra first came to UCLA, he used to stand in front of Jackie Robinson’s statue every day, feeling amazed that legendary alumni like Robinson had walked the same steps as he did.