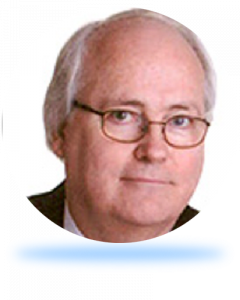 Steven McCabe is the Director of the National Earthquake Hazards Program (NEHRP), a statutory program initiated by Congress in 1977, consisting of FEMA, USGS, NSF and NIST, the lead agency. He works with the NEHRP agencies, other federal, state and public domains and design practitioners to improve the earthquake performance of buildings and lifelines.

McCabe was leader of the Earthquake Engineering Group from 2015-2020, and managed NIST research involving performance-based design issues, the behavior of buildings and lifelines under earthquake ground motions and the assessment and retrofit of existing buildings. Prior to joining NIST in 2011, McCabe was Chief Executive Officer of the NEES Consortium, Inc. from 2007 to 2010, where he was responsible for management and operation of the George E. Brown, Jr., Network for Earthquake Engineering Simulation (NEES), funded by the National Science Foundation (NSF).

From 1985 to 2007, McCabe was a faculty member in the Department of Civil, Environmental, and Architectural Engineering at the University of Kansas, where he is professor emeritus.

During 2002–2005 McCabe served as program manager for the Structural Systems and Hazard Mitigation of Structures Program in the Division of Civil and Mechanical Systems at NSF.  He managed research funding for structural performance under extreme loading, both natural and manmade, as well as supporting work in structural health monitoring.

Before beginning his academic career, McCabe worked in the private sector as a design and resident engineer primarily in the nuclear- and fossil-power industries.  He is a registered professional engineer and has been active in many national and international professional societies.

This talk highlights key efforts of NEHRP over the past 45 years and how agency efforts have resulted in seismic risk reduction. In response to the 1971 San Fernando-Sylmar Earthquake, legislative initiatives in California helped to spur the nation to action. As California worked to measure earthquake effects, enact hazard-based zoning, initiate performance targeted design, and share data from earthquake events, President Carter signed the National Earthquake Hazards Reduction Act (1977). By the mid-80’s significant progress had been made on seismic design standards and federal agencies were working to collect and share information and tools to mitigate earthquake impacts. Today, FEMA, NIST, NSF, and USGS work together within one national program to mitigate the effects from strong shaking on the built environment, including buildings and lifelines infrastructure. Members of the public may not recognize NEHRP’s contributions, which include:

NEHRP agencies cultivate diverse partnerships across the public-private divide which have produced measures which lessen deaths and injuries. More recent activities target the preservation of pre-earthquake functions and services, and risk reduction to vulnerable buildings and infrastructure, in order to prevent future losses and disruption.