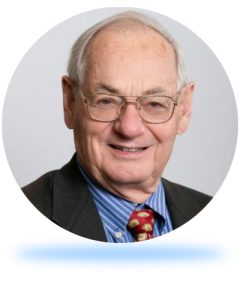 Professor Jennings received his B.S. degree from Colorado State University and his M.S. and Ph.D. degrees from the California Institute of Technology. After serving in the United States Air Force he joined the faculty of Caltech in 1966. At Caltech he has served as Chairman of the Division of Engineering and Applied Science, Vice President and Provost and Acting Vice President for Business and Finance.

He is a member of the National Academy of Engineering, a past President and Honorary Member of the Earthquake Engineering Research Institute, a past President of the Seismological Society of America, and a Fellow, past-chair and former board member of the California Council on Science and Technology. He is an active Emeritus Trustee of Olin College of Engineering. His awards include the Newmark Medal and the Huber Prize of the American Society of Civil Engineers and the Housner Medal of the Earthquake Engineering Research Institute.

Professor Jennings is the author and editor of numerous technical papers and reports on earthquake engineering and the dynamics of structures and has served as earthquake engineering consultant on several major projects, including the design of high-rise buildings, offshore drilling towers and nuclear power plants. He served as a member of the Engineering Panel of the National Academy of Sciences Committee on the Alaskan Earthquake and was Co-Editor of the “Great Alaska Earthquake of 1964-Engineering”. He was a member of California Governor Deukmejian’s Board of Inquiry on the Loma Prieta earthquake and chaired the city of Pasadena’s City Hall Restoration Oversight Committee. He has chaired several committees of the National Academy of Engineering, including the Committee on Natural Disasters, the Draper Prize Committee and the Gordon Prize Committee. He was a member of the National Academy of Sciences Earthquake Engineering and Hazards Reduction Delegation to the Peoples Republic of China after the Tangshan earthquake and edited the Delegation’s report.